We would like to offer our sincere support to anyone coping with grief. Enter your email below for our complimentary daily grief messages. Messages run for up to one year and you can stop at any time. Your email will not be used for any other purpose.

Share a memory
Obituary & Services
Tribute Wall
Donations
Read more about the life story of Steven and share your memory.

Steven James Day, 69, of Teays Valley passed away at Ruby Memorial Hospital in Morgantown, WV on January 11, 2023 with his wife Debbie of more than 44 years at his side. Born in Huntington, he was a huge fan and supporter of Marshall University football. Steven was President and CEO of City National Bank and City Holding Company in Charleston, West Virginia. Under his leadership, City grew from one bank of less than $100 million in assets to a $1.5 billion bank holding company operating 47 offices with 900 employees in West Virginia. Day earned a B.B.A. degree in Marketing from Marshall University in 1975. His career started at Valley National Bank where he eventually headed the bank’s operations and data processing. Steve temporarily left the banking business in 1980 and he and two partners began a custom framing business, still operating as Gallery Two in Huntington. Day was a former director of the West Virginia Bankers Association, Big Green Foundation, West Virginia Consumer Credit Counseling Association, The Revolving Loan Fund for Persons with Disabilities and a member of the West Virginia Roundtable and the Marshall University Alumni Association. He has served as vice chairman of the Boy Scouts and was former president of the Kanawha Association of Business People. He is a former director of the Charleston Chamber of Commerce, Thanks a Million Foundation, Salvation Army, Charleston Renaissance Corporation, the Business Industrial Development Corporation, Charleston East Community Development Corporation and the West Virginia Literacy Council. He was inducted as an Honored member into Who's Who Publications in 1994-95 and The Marshall University Business Hall of Fame in 1998. He was recognized by Bankers Monthly as one of the youngest CEO’S in the country. He and his wife Debbie were avid golfers and former members of Sleepy Hollow Golf Club and Raven Golf Club. He is the son of the late Harry (Phyllis Jean) Day III and is survived by his wife Debra Sue (Williams) Day, son Patrick James Day, brothers Butch Day, Huntington, and Mike (Tari) Day, Huntington, devoted friend Bill Jordan, Charleston as well as several nephews and a host of life-long friends. In lieu of flowers Debbie requests contributions be made to Marshall University Big Green Scholarship Foundation. Memorial arrangements are being made by Allen Funeral of Hurricane.

To send flowers to the family or plant a tree in memory of Steven James Day, please visit our floral store. 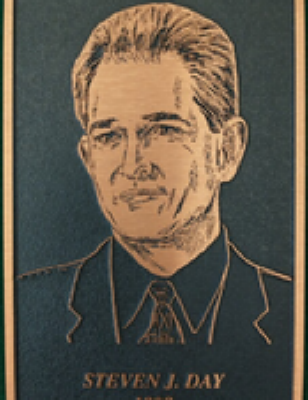 Look inside to read what others
have shared
Family and friends are coming together online to create a special keepsake. Every memory left on the online obituary will be automatically included in the book.

Look inside to read what others have shared

Family and friends are coming together online to create a special keepsake. Every memory left on the online obituary will be automatically included in the book.

You can still show your support by sending flowers directly to the family, or by planting a memorial tree in the memory of Steven James Day
SHARE OBITUARY
© 2023 Allen Funeral Home. All Rights Reserved. Funeral Home website by CFS & TA | Terms of Use | Privacy Policy | Accessibility